Christian is the co-founder and Chief Executive of Genuine Solutions Group – a company he started as a young entrepreneur with some friends back in 2005. As the leader and the visionary behind the group, Chris McBride has received many accolades for his business style and talent. He has been a former finalist in the nationwide Growing Business Awards category of Entrepreneur of the Year and a finalist of the British Exporters Association, Young Exporter of the year. Chris’ business style mixes a strong entrepreneurial sense with a commitment to the community by drawing a number of employees from the surrounding area, supporting local services and working with community groups and charities. Having been touched by success as well as personal challenges, Chris believes passionately in protecting the planet and paying forward for the future which is why he is an instrumental figure in tackling issues such as homelessness, unemployment and youth skills development in his local community. He has combined his business acumen with his commitment to doing the right thing by setting up a service which operates at no cost to charities such as the Duke of Edinburgh Award scheme, and allows them to generate much needed funds through the recovery and recycling of used mobile phone handsets. 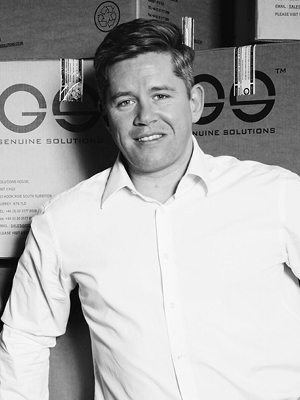