Robert replaced long-serving Dave Dyson as CEO of Three UK in January 2020 and has been CEO of Three Ireland since it launched in 2005. He led the team responsible for the acquisition of O2 Ireland in 2014. Under Roberts leadership, Three Ireland has completed full IT and network consolidation programmes and their significant digital transformation programme will complete very soon. Three Ireland now has the largest data network in Ireland carrying more than all other operators combined. Robert worked for CK Hutchison in Hong Kong for thirteen years before he joined Three Ireland. 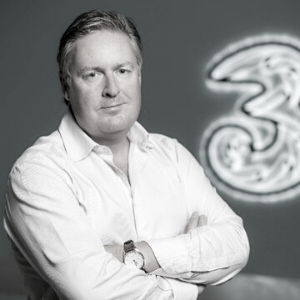