Christian is the co-founder and Chief Executive of Genuine Solutions Group – a company he started as a young entrepreneur back in 2005. Today the company employs more than 100 people with offices in Madrid, Manchester and a head-office in Surrey.

The Group, which operates under the brands Genuine Solutions and GSUK, is multi award-winning specialising in the re-use and re-cycling of consumer tech and also a distributor of mobile phones and accessories. With a vision to protect the planet from the harmful effects of technology, the company serves over 1300 customers across 51 countries and this success has culminated in the prestigious Queens Award for Enterprise as well as the Sunday Times Fast Track and many global green awards.

As the visionary behind the group, Chris has received many accolades for his business style and talent. A former finalist in the nationwide Growing Business Awards category of Entrepreneur of the Year and a finalist of the British Exporters Association, Young Exporter of the year. Having been touched by success as well as personal adversity, Chris believes passionately in protecting the planet and paying forward for the future which is why he is an instrumental figure in tackling issues such as homelessness, unemployment and youth skills development in his local community. With his commitment to doing the right thing, he established a service called Recyclewise which operates at no cost to charities, allowing them to generate much needed cash through recycling mobile devices. 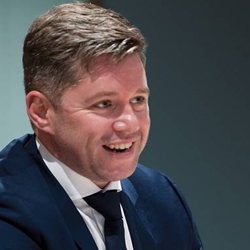