Pierre played a key role in the launch of Sky Mobile, building and strengthening commercial partnerships, outlining the company's mobile strategy both short and long term, and identifying key decisions to be made. His work helped Sky Mobile differentiate itself from its rivals and grow rapidly in an intensely competitive market. In 2019, he became Head of Marketing for Sky Mobile and is responsible for the trading. Customer and product marketing of the network.

"Pierre has been instrumental in the rapid progression of Sky Mobile and making it not just a consideration for existing Sky customers, but non-Sky customers too. The propositions and offers have caused the major MNO's to review their own offering and try to compete against this new player in the market, which is quite a rarity in this Flooded market." 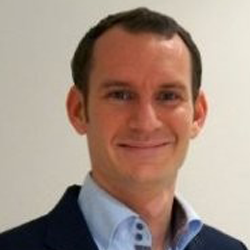