Richard joined the CK Hutchison group in 1997, and has worked in a number of operations for the group in countries including Hong Kong, Australia, Israel and Sweden. He joined Three as Chief Financial Officer in April 2010 and was made a Director of the company in July 2012. He was appointed Three’s Chief Commercial Officer in June 2018, with overall responsibility for the commercial performance of Three’s own branded products as well as Three’s wholesale business and second brand SMARTY. Richard is also responsible for running Three’s distribution and service channels.

"Richard is a great example for finance people as to how to put the numbers together with commercial acumen and come up with winning strategies. His gravitas in leadership forums and grasp over underlying factors of change is just phenomenal and very inspiring." 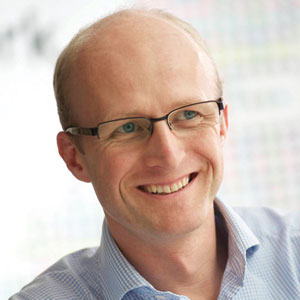