Matt was first elected MP for West Suffolk in 2010 and was named Minister for Digital in 2016, outlining the government’s ambition for full fibre infrastructure and to be a leader in 5G.

He was reappointed following the 2017 General Election before becoming Culture secretary in the cabinet reshuffle earlier this year. He also released his own social network application in a bid to connect more directly to his constituents.

Before entering politics he worked as an economist at the Bank of England, and for his family tech business. 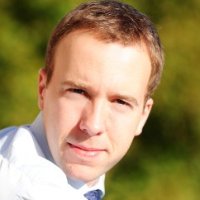