Jon joined Vodafone in December 2015 as Head of Retail and has overseen a series of significant improvements. He successfully incorporated 130 Phones 4u stores into Vodafone’s retail estate, strengthened the standard of Vodafone’s retail customer service and created Vodafone’s first ever franchisee programme. His remit has grown to include managing Vodafone’s indirect partners, and in this role he has established new relationships while strengthening existing ones. Jon also heads up Vodafone’s telesales and online sales operations, and is bringing together all of Vodafone’s consumer operations with digital transformation at its heart. With further improvements to the retail store estate being launched to ensure an even better customer retail experience, 2019 is set to be a pivotal year for Vodafone and for Jon.

"A great leader and drives activity the right way for profitability and the end customer." 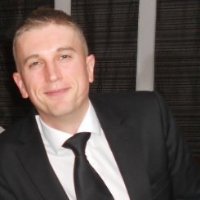