Full Name
Richard Baxendale
Job Title
MD (Mobile)
Company
AO
Speaker Bio
With a career spanning over 20 years in the mobile and technology sectors, Richard Baxendale has held senior executive roles with organisations ranging from start-ups to Fortune 500 multinationals. At 20:20 Mobile Group (now owned by Brightstar), Richard was responsible for leading its commercial and business development operations, delivering business process outsourcing solutions to some of the UK’s leading mobile retailers and network operators. With responsibility for over £300m in annual revenues and 60% of group operating profit, Richard was part of the executive team that led the business to a successful private equity transaction in 2006 for £347m.
In 2007 Richard joined Brightstar Europe (a joint venture between two of the world’s leading mobile and technology distributors) as Managing Director to set up its UK subsidiary before taking on a European leadership role as MD, Sales. Following the acquisition of Brightstar Corporation’s stake in the JV for $170m in 2012, Richard spent three years at the helm of Tech Data Mobile’s European services business as Vice President, driving its growth into the rapidly expanding mobile supply chain, recommerce and insurance services markets.
Following the completion of an Executive MBA at Henley Business School in 2016, Richard joined Mobile Phones Direct as CEO at the start of 2017. Under Richard’s leadership, the business secured trading relationships with all four UK networks and is on track to double its revenues in less than 3 years. In 2018 Richard led the organisation through a successful sale to AO World PLC for £38.1m and is now responsible for AO group’s mobile business comprising the brands Mobile Phones Direct and AO Mobile.
Testimonials
"Since joining MPD, Richard has managed to achieve what many thought was impossible. yet again adding significant growth to the brand and ultimately steering the ship toward the recent AO acquisition. the biggest milestone of the original MPD brand. Richard is relatable and passionate about his desired goals for himself, the business and the individuals that work under his helm. Simply for his ability to move from a very different dynamic into the mobile/telco industry with such impact is a testament to the character that Richard is." 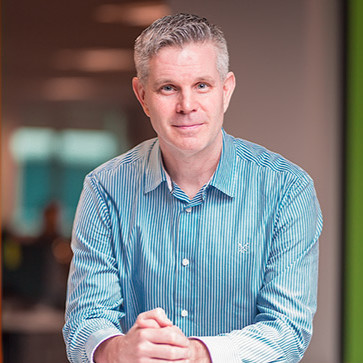