Conor Pierce is Corporate Vice President, Samsung UK & Ireland. Conor joined the business back in 2015 as Vice President of Mobile & IT, having been the UK and Ireland Vice President at Nokia immediately prior to that. He is an energetic & results-driven executive leader with a proven track record in formulating and executing turn-around strategies across several regions achieved by focusing on building high-performance teams whilst growing profitable market share with Ericsson, Nokia, Microsoft & Samsung. During his tenure, he has helped propel Samsung’s mobile division to new heights despite increasing headwinds in the UK mobile market. Leading a team of 250 people at this time of huge transformation for the industry, Conor’s experience executing turnaround strategies for businesses across multiple geographies firmly contributed to Samsung’s continuous sales growth and profitability in the UK.

"Conor is a true leader and an even greater people person. As I hold a professional relation to Conor, I've seen his true belief in the people he has who work within his teams and his teams' teams all the way down to the front line with his field force. His focus on both a personal and a professional commitment is second to none." 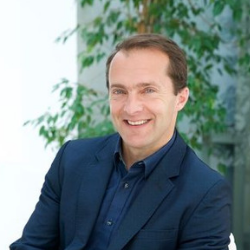